All You Need To Know About Crusher Liner Wear Simulation 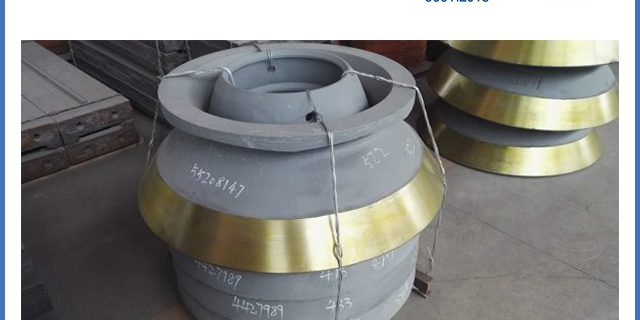 Crushing machines are used to reduce the size of large rocks into small rocks, sand, gravel, or rock dust. These machines hold feed material between two tangent or parallel solid surfaces and apply adequate force to move the surfaces. The surfaces come closer and crush everything between the two them.

There are different types of crushers available in the market that vary based on their working capability. Some of them are used for primary purpose crushing and others are used for secondary crushing. Similarly, a few crushers are available for tertiary and some for the fourth level of crushing.

All crushers come with different types of liners. Similarly, each crusher contains a variety of liners like jaw crusher comes with square tooth liner, wide teeth liners, and coarse corrugated liners, etc. Further, the working mechanism of each liner varies based on its type and crushers.

Jaw crusher is a primary purpose crushing machine that contains two jaws i.e. stationary and moving jaw. The stationary jaw remains fixed and the moving jaw moves back and forth relative to the stationary jaw. Each jaw contains a liner that is made of manganese steel. These are hard enough to crush the stone and abrasive materials.

The crushing chamber is an area between the two jaws from where crushers receive the feeding material. Swing jaw moves slightly and applies pressure on the rock. Crushing is performed gradually rather than in a single stroke.

The power that moves the jaw comes from the flywheel. The flywheel produces an eccentric motion so that the swing jaw moves back and forth for crushing the object. Both jaws make an acute angle so that the moving jaw moves around the pivot and makes a strong impact on a fixed jaw. As a result, the object between the two jaws turns into small pieces.

Here is a list of some important liners available for jaw crushers:

You should choose the high-quality liner for a jaw-crushing machine. Because liners not only boost the productivity of the crushers but also make them long-lasting.

It is another most popular type of crusher used for secondary crushing. The major use of cone crushers is in the aggregate, fracking sand, coal, and mining industries. It is a compression-based crusher that squeezes or compresses the objects until they break.

The size of the final yield is determined by the gap of both liners. So you can obtain the size of the rock according to your need. The main purpose of cone crushers is to crush medium-harness or harder ores or rocks.

A gyratory crusher is another most popular primary rock crushing machine. The working mechanism of the gyrator crusher is almost similar to the jaw crusher. However, the only difference is that it comes with a circular gap. The circular gap is an area between a static conical bowl and a concave mantle.

As the name suggests, the static conical bowl is a fixed area but the concave mantle oscillates about the central axis. Both parts have an extremely strong liner that is designed to crush the most abrasive rocks. The main purpose of the gyratory crusher is to perform large-scale rock crushing up to 6000 t/h.

The other most noticeable difference is the crushing action of the mantle in both crushers. For example, gyratory crushers have all the movement at the bottom of the mantle due to their small angle. However, cone crushers have a greater angle that puts the pivot point below the distributing plate.