With the continuous expansion of China’s economic development scale, the rapid development of water conservancy, transportation, real estate, and other industries, promote the construction of sand and stone industry to achieve leapfrog development, sand and stone production in short supply. The consumption of sand and stone for construction in China was less than 500 million tons in 1981 and 18.3 billion tons in 2014. It is estimated that the consumption will continue to grow at a rate of more than 20% per year in the future. 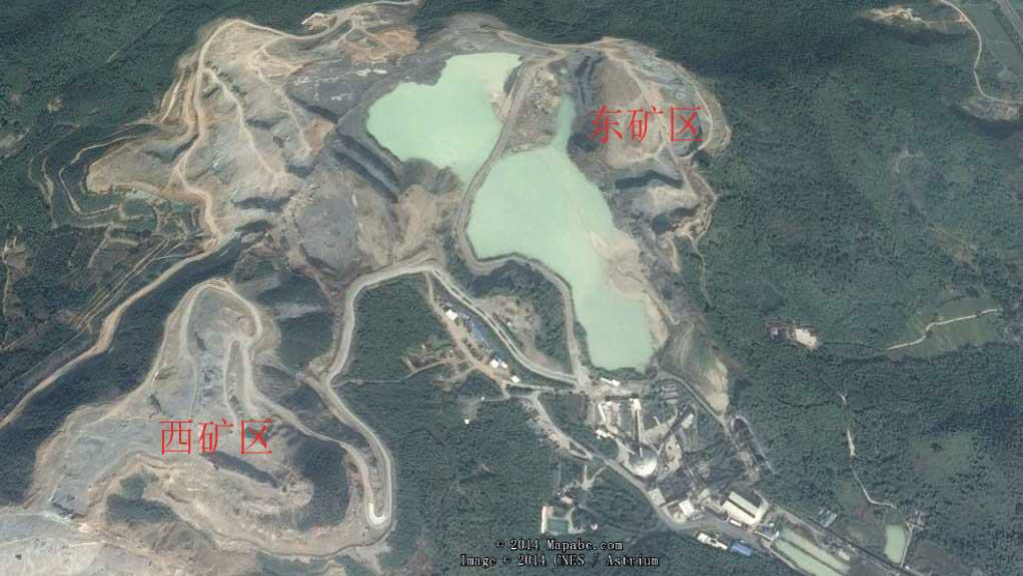 Figure 1-2 Distribution of mining area in Xinkaiyuan Mine

At the beginning of 2014, the resources of Xinkaiyuan old mine were exhausted, and the mining faces were transferred to adjacent mines. As shown in Figure 1-2, the east mining area is an old mine, and the west mining area is a new mine. The statistical data show that the jaw plate loss of jaw crusher is significantly increased after the working face is transferred (see Table 1-1), which has a negative impact on the production and management of the enterprise. It is embodied in the following aspects:

Jaw crusher plates wear not only consumes energy, wastes materials, increases production cost but also affects product quality and causes a potential safety hazard. Therefore, to study the law of jaw plate wear of jaw crusher and explore the scheme of improving jaw plate wear resistance can reduce material consumption, improve energy utilization rate, strictly control product quality of crusher, reduce the production cost, reduce potential safety hazard and improve the economic benefit of the enterprise. On the other hand, it can enrich the wear theory and provide theoretical support for the study of anti-wear materials and the guidance of mechanical design.

The crushing of ore in jaw crusher is a complex physical process, and the wear characteristics of the jaw crusher plates are affected by feed properties, lining materials, crusher structural parameters, production process parameters, operating conditions, and other factors.

Wear is a physical phenomenon of material loss caused by friction of relative moving objects. Wear not only makes the surface of the material continuously consumed, causes the change of material size, but also affects the service life of equipment components. As an important branch of tribology, wear research has covered metallurgy, mining, building materials, chemical industry, and other industries. According to the wear mechanism, it can be divided into adhesive wear, abrasive wear, fatigue wear, and corrosion wear. The research on jaw plate wear resistance of jaw crusher is the premise and foundation for analyzing the failure mode of jaw plate wear and improving the wear resistance of the jaw crusher plates.

The research on wear was carried out in the 1950s. On the basis of Holm’s research in 1953, J.F. Archard of the United States put forward the Archard adhesive wear theory. The theory holds that when the surface of the friction pair is relatively sliding, the adhesion point will be sheared and broken due to the adhesion effect, resulting in many micro-volume shedding on the material.  Mr. Arcard assumes that the wear particles are hemispherical, and its radius is the radius of the contact point. The calculation formula of wear loss, Archard formula, is obtained, as shown in formula 2-1. Although the Archard wear model is used to analyze the adhesive wear mechanism, other wear models are based on the Archard model.

In 1957, Krajewski of the former Soviet Union put forward the theory of solid fatigue. According to the theory, the actual contact surface is rough and discontinuous, and the sum of the contact points constitutes the actual contact area; Under the action of normal force, local stress and local deformation will occur on the actual contact point; the friction caused by relative sliding of friction surface changes the surface material properties of the contact area, at the same time, the fixed volume of surface material is affected by the friction force The repeated action of alternating stress leads to damage and accumulation, which leads to a fatigue crack in micro-volume, and the crack continues to expand and finally forms wear debris and falls off. This theory is not only suitable for fatigue wear, but also can be used to analyze abrasive wear and adhesive wear. It can be used not only for metal materials but also for some non-metallic materials (such as graphite, rubber, etc.).

In 1973, N.P.Suh of the United States put forward the theory of wear and delamination. It is believed that the accumulation of shear deformation in the process of friction is the accumulation of dislocations at a certain depth below the surface, which leads to cracks or holes. Due to the normal stress structure on the parallel surface, the cracks extend along the direction of the parallel surface at a certain depth, resulting in the formation of flake debris. Moore in the UK and MIT in the United States put forward the peeling theory from material fatigue and migration, dislocation accumulation, and hole formation mechanism respectively, and emphasized the importance of material toughness to wear resistance. Moore and Iwasaki also proposed the effects of subsurface crack formation and inclusions on crack initiation, as well as on delamination and material fracture.

In the 1970s, G. Fleisher first proposed the theory of energy wear. He thinks that energy conversion is the main cause of wear. For metal materials, the main part of work done by friction is consumed in plastic deformation and dissipated in the form of heat. A small part of the friction work (about 9 ~ 16% of the total friction work) is accumulated in the form of potential internal energy in the form of crystalline dislocations. In order to separate the debris from the matrix material, enough internal energy must be accumulated in a certain volume of the material. When the energy reaches the critical value, plastic flow or crack will occur in the material in the volume, and the internal energy will decrease. After several times of such critical cycles, when the accumulated energy exceeds the energy of the bonding bond, the surface of the material will be destroyed, and wear debris will be generated and fall off. The energy absorbed in the process of debris formation is called fracture energy. In fact, the fracture energy does not exceed 10% of the total absorbed energy.

Our engineers believe that wear is not inherent to the material, but to the system. The relative loss of relative surface material is caused by the relative movement of two objects and the three intermediates. The surface layer, the surface film and the intermediate medium change, and finally destroy. It also thinks that there are many factors that affect the wear characteristics, and they influence and depend on each other, and the wear characteristics are the comprehensive result of the interaction of these factors. Therefore, any small change of any factor can cause the change of wear characteristics (wear amount, even wear form).

The typical curve of material wear with time is shown in Figure 2-1, which can be divided into three stages: running in stage (OA), stable stage (AB), and severe wear stage (BC). In the running-in stage, the material surface is ground flat, the actual contact area is increasing, the surface strain hardening and the wear rate is reduced; in the stable stage, the wear tends to be stable, and the wear rate is a constant value, which is an important stage to characterize the wear resistance of materials; in the severe wear stage, the material loss is intensified, the surface quality deteriorates, and the material rapidly fails. 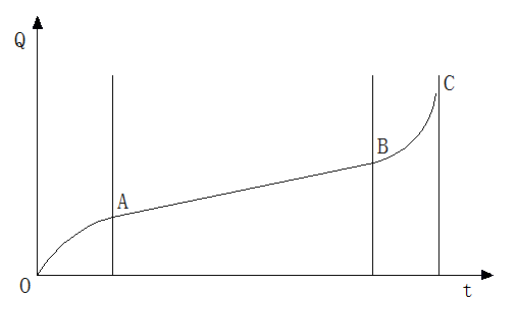